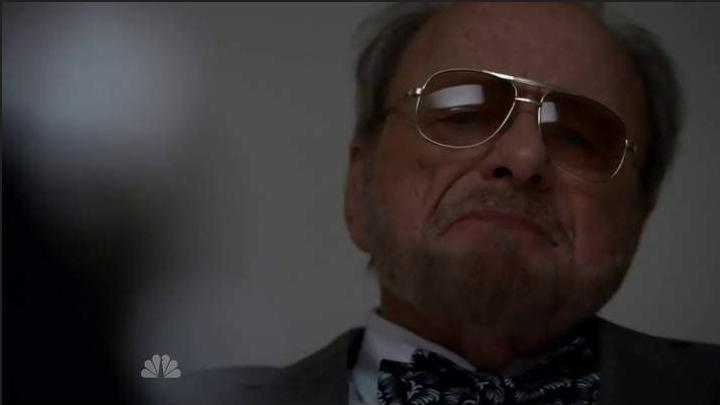 Sometimes great writing lurks in otherwise ordinary landscapes. That was the case for the following speech by Raymond Reddington (James Spader) in a November 2015 episode of The Blacklist.  Spader, whose character Alan Shore enjoyed regular excellent declamation opportunities in Boston Legal and The Practice somewhat less often gets the chance to do the same in The Blacklist.  In this episode, his antagonist was a cryogenic evildoer Sir Crispin Campbell ( played characteristically well by veteran Harris Yulin).

Perhaps you’re familiar with the old saw ‘You can’t beat the house.’  No matter how many poor souls you turn into popsicles, the fix is in.  The world in which you awaken will be one incapable of sustaining human life, and why?  Because at the critical tipping point, one tragically quixotic megalomaniac cannibalized humanity of the very minds that might have been its salvation. You see, if you were a betting man you would understand that now trumps later every time. The future is a sucker’s bet, a maybe, a contingency, a what-if; the only thing that is real is the present. And you’ve plundered it, robbed it of the very geniuses that might have averted the dystopia you so fear. . .  Congratulations, you’ve doubled down on extinction.

Writing kudos to Dave Thomas @TheDaveThomas, in this work reminiscent of Paddy Chayefsky. Any regrets? Sure. That Campbell had not been given a better chance to respond, resulting in a delightful bit of repartee, albeit with the same predictable action-script outcome.